Posted on January 9, 2018 by amyjoellisnews@gmail.com 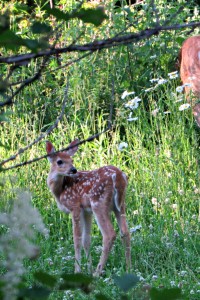 I have stumbled upon an energy interference I used to call “the Lost Twin.”   It is now referred to as “Absorbed Sibling”

At first it seemed small and isolated but now that I am aware to look for it, I find that it effects maybe as much as 25% of the population.

I have long known that unborn babies have had a huge effect on the family. Abortions, miscarriages as well as children who died very young, their energy when left unrecognized, will cause an upset in the family that lasts a life time.

What I am finding is that often times two babies start out together in the womb, yet in a few short weeks only one baby remains. The other twin that did not survive, disappears. It is generally absorbed by the placenta and the energy is used in the formation of the surviving baby.

Those who have a lost twin often times feel lonely, isolated, sad for no reason, depressed, unheard, unseen and unrecognized by their families.

(At the bottom of the page is a Full Court of Atonement to heal this if you don’t have time to read the full blog, you can skip forward to the bold writing.)

Let me tell you how I discovered this.

There was a major family conflict, back before the Court of Atonement was brought to my attention. I was working with my friend Audrey Ephland who is an excellent psychic medium.  We were using Family Constellation Therapy to try to heal the cause. I was in Puerto Rico and my friend Audrey was in California. We didn’t have other people to help us, so we had chosen to see the family as dots of light on a clock face. This way we could describe what we were seeing in the movements of energy, in a way that we would both understand. I was a pink dot at 12, my father was a yellow dot at 9 and my mother was a green dot at 3 o’clock.

While we were working, I noticed that my mother was blinking blue to green. I just started to open my mouth to say this, when Audrey said. “Something is going on with your mother. Her energy is changing colors from blue to green.” Then she said. “I think it is a small energy that is in orbit around her!”

I told her, “I’m going to speed up my energy and come along side it.”
Audrey said. “Hang on, I’m going to try to just catch it!” Then she squealed. “Oh no! It’s kind of like a wad of chewing gum but it’s a little person all wadded up.”

My hair stood up! When I was a child my mother had a cyst removed that was hair, bone and teeth. They told her it was her twin that had died early and had been absorbed by her body.

Audrey and I said some prayers for my mother and her twin to recognize each other on the soul level. Then we called my mother and told her that she had the energy of a sister who was with her, and that she should give her a name and welcome her into her life and introduce her to her parents at the soul level.

After having done this work, my mother appeared to be happier and less stressed.

(This happiness didn’t last very long and I soon realized I would have to work with spirit to find a more permanent solution.)

Just the other day, I was speaking with a client who said she was having a hard time working on herself. As an energy healer she was getting great results working with others, but so far, had not seen great results in her own life, everything she tried seemed to aggravate her system rather than improve it.

In her personal life, she felt overshadowed by her older brother and even a bit invisible.

At one point in our conversation she mentioned that she was awkward as a child and even had to have surgery to have extra teeth removed.

My alarms went off! I told her. “Let’s find out where those extra teeth came from!” I went on to tell her about my mother having the surgery to remove an absorbed twin.

She had an emotional surge when she heard it and said. “This feels profoundly true!”

We muscle tested and found that she did in fact have a twin that was absorbed, and it was effecting her results with her healing. You might say, “Part of her was denying the healing.”

Working together we named the twin, (Just as we had with my mother) I asked her. “If you were a twin, what would your parents have named your sister? She said “That is easy, it would be my middle name. My mother wanted my first name and father wanted my middle name, so they went with both.

Using her middle name, we called a full Court of Atonement and introduced the twin to the family.

She could feel major shifts and experienced waves of emotional releasing from the process.

The whole time I was working with her, I kept thinking of my brother who also had extra teeth removed.

I told Issac how much I loved him and wished I had known him all along.

As I lay there finally dozing off to sleep I experienced a large SNAP of energy.  Suddenly there was a vision of a woman nose to nose with me! She looked familiar and yet at the close proximity I couldn’t see who it was.

I thought it might be my deceased sister, so I asked. “Is this Jenny?” I heard the answer loud and clear. “No, this is Isaac!”

A sister!!! My brothers twin was a girl!!! I had kind of figured they were all identical twins, but I was wrong.

I asked about changing her name, and she said “No, I am really happy with Isaac!”

I don’t have any results to share with you as of yet, because this all happened only this week, and I haven’t called around to find out if there were any shifts yet.

The sadness and the depression comes from the spirit of the twin longing to be recognized.

In my own family I have now found this energy in several people who have had no symptoms of it. (Extra teeth or cyst) So look around and test to see if yourself or a family member has this “Absorbed sibling energy”

If you want to find out if you have any absorbed siblings… All you have to do is ask your self:

At any time during the pregnancy that carried me, was their ever more than one embryo?

You can use the sway test.  Stand and close your eyes.  Ask the question. If you sway forward it is a yes if you sway backward the answer is no.

I no longer suggest naming the energy or working with it in the manor that I spoke of.  I am told by my guides that we can remove it completely at the point of conception and speed up the healing process for those who have lived with the emotional spikes of a sibling.

Here is a suggested protocol to heal this energy.

I ask to search out the youngest members of my family and place them in a Full Court of Atonement for the purpose of Embryonic Energy Resolution and Absorbed Sibling Resolution.

I ask for divine intervention to correct the genetic connection to the most appropriate family of origin for the highest and best of everyone concerned.

I ask for divine intervention to create the most appropriate connection to life force energy.

I ask to create the most appropriate positions within the family dynamic.

I ask for heart center correction and activation

I ask for family unification.

For more information on the Court of Atonement go to http://www.thecourtofatonement.com
http://www.amyjosings.com

I am your average everyday mother of 3 with now 3 grandkids. I am also a singer/songwriter performing in country clubs and dinner houses. But behind all of this, there is the ability to listen deeper into my own thoughts and hear where the good ideas are actually coming from. It's the same place that I came from... God If you have any questions, you can reach me online at Amyjosing2@aol.com
View all posts by amyjoellisnews@gmail.com →
This entry was posted in Uncategorized. Bookmark the permalink.