Posted on May 16, 2016 by amyjoellisnews@gmail.com 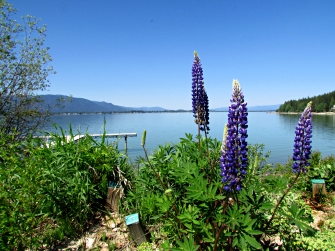 I was asked. “What is the most amazing experience you have had spiritually?” I thought maybe you would enjoy reading my answer.

Some of you may or maynot know, that  I am a psychic healer, and a master dowser.

One time, because of my own allergies, I was dowsing lists of foods to find out what was the best to eat and what to avoid.

Because of this project, I had charts spread out all over the place.

In the middle of dowsing these lists, my mother called to tell me that my Aunt Barbara was in the hospital and was completely catatonic. She said my aunt had gone from living alone, paying her bills and even cleaning her own swimming pool, to completely unresponsive!

At first they thought she’d had a stroke, but the tests were negative. After seven weeks of tests, she was still the same, and they felt no closer to having a diagnosis. My mother asked me if I could. “Check in” with spirit and find out what was going on.

Using my healing charts, the pendulum went to the forehead and then to the word. “Swelling”

My mother asked if there was something she could give Barbara, to help her back to consciousness. Mom then proceeded to tell me about my aunt’s condition. While she was talking, I noticed my right hand had gone way across the table to my right, and was hovering over another paper. I pulled my arm back and asked the question. “Is there anything here that will help her?”

My mother kept talking “She’s in there, I asked her who came to visit today and about 4 minutes later she said. “Arlow” You would think she’s not there, but then I noticed that she would sometimes answer a one word response 3 or 4 minutes later.

Even though I was distracted, I soon noticed that my arm was way out to the right again. The next time I asked the question of what to give her, I noticed that my arm involuntarily moved all the way across the table, very purposefully. So I looked to see what was under the pendulum. It was so far away that I had to stand up and lean over, to read it. “Walnut oil.”

As soon as I read it, my arm moved back across me and over to a chart to my left that said. “Take NOW!” Then my hand with the pendulum,  moved all the way back to the right to the words “Walnut oil.”   I watched in amazement as my arm repeatedly moved back and forth across the table.  Each time, crossing a good four feet between the pages that said. “Walnut oil, Take NOW, Walnut oil, Take NOW!” The message was unmistakable!

I told my mother and she asked “How much do I give her?” When I dowsed it, the prescription was 1/4 of a teaspoon 3 times a day. Now this doesn’t sound like enough to do anything, but my mom believes in my divine connection, so she ran to town and purchased walnut oil, took it to the care facility my aunt was in and gave it to her.

Mom called again to ask, “How long before we will see a difference in her?”
The pendulum indicated “One week.”

The next day, mom called to say that a nurse had suggested that it might be “Normal Pressure Hydrocephalus?” I said the pendulum says “No” to normal pressure and “Yes” to Hydrocephalus!

I then Googled Hydrocephalus and found a blog where a doctor had listed six or seven causes of Hydrocephalus.  I dowsed the list, and the pendulum indicated  “Tapeworm.”

The article went on to explain that tapeworms, send out a hormone that causes swelling in the frontal lobe, which keeps the host from killing it! (TRICKY JERKS!)

I then Googled (tapeworm and walnut oil,) and over 5,000 pages came up talking about killing tapeworms with walnut oil!!!

On the morning of the third day my mother called. “I thought you would like to know that your Aunt just called me. She said. “Where am I?” ” And why have you been making me drink that oil?”

If you enjoyed this story and would like to hear more, I invite you to join my facebook group “High Vibrational Thinking”

I am your average everyday mother of 3 with now 3 grandkids. I am also a singer/songwriter performing in country clubs and dinner houses. But behind all of this, there is the ability to listen deeper into my own thoughts and hear where the good ideas are actually coming from. It's the same place that I came from... God
View all posts by amyjoellisnews@gmail.com →
This entry was posted in Uncategorized. Bookmark the permalink.